Dendustri SA has chosen Morris as their preferred supplier for two recently completed projects at their Richards Bay Operation.

These cranes are both Radio Controlled and can be used are used independently and in tandem.

Due to time constrains all 6 cranes were delivered simultaneously from our Benoni manufacturing facility. The 6 cranes were successfully erected and commissioned by our Richards Bay Branch over 1 weekend.

Derek Malyon, Dendustri’s Heavy Engineering Manager, was responsible for both projects and comments on the overall projects and Morris/Crane Aids performance:- “The order placed on Morris / Crane Aid for six 2 ton cranes and two 20 ton cranes were delivered and installed on the planned date to our satisfaction. Due to the fact that this was over the December period it was an outstanding achievement. I would recommend them on any future projects as they proved to me their willingness to go the extra mile”. 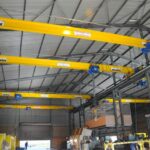 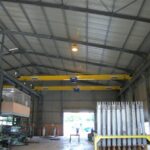 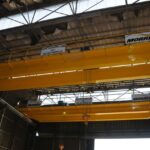 Sidewalk to rooftop – lifting for success

Sidewalk to rooftop – lifting for success

11 Morris / ABUS overhead cranes supplied and installed at Africa Steel and Tube
Manage Cookie Consent
We use cookies to ensure that we give you the best experience on our website. Are you happy for us to use cookies? Read more in our
Manage options Manage services Manage vendors Read more about these purposes
Preferences
{title} {title} {title}